Surabaya (27/9) – The crow is famous for its mystical and scary bird, even though he is actually a smart bird that can imitate various sounds, including the human voice. Of the 40 species of crows in the world, there are 9 species in Indonesia. Most types exist in eastern Indonesia.

The Surabaya Agricultural Quarantine succeeded in thwarting the entry of dozens of crows that were not accompanied by documents or health certificates, from Makassar to Surabaya using the KM ship. Dharma Rucitra VII, on Friday morning (24/5).

“We received information from the public about the existence of undocumented birds that will dock at Perak Port. We got the information on the number plates of the trucks that brought the birds but did not mention the type of birds that were brought,” said Tetty Maria as the person in charge of the Kalimas Tanjung Perak Surabaya Animal Quarantine work area.

Animal quarantine officials then coordinate with relevant agencies and search for information. After the ship docked, Quarantine officials inspected all cars and passengers. After inspection, officers found the target truck. A total of 56 crows and 1 eagle were found in it. “The mode is that the birds are kept in fruit baskets which are placed in the back of the truck, while the eagles are behind the driver’s seat. To trick the officers, the baskets are covered with black sacks and neatly tarpaulin.” Tetty explained.

On another occasion, Musyaffak Fauzi as the Head of Surabaya Agricultural Quarantine said that the importation of birds violated Article 35 paragraph 1, Law Number 21 of 2019 concerning Animal, Fish, and Plant Quarantine which mentions quarantine requirements between areas. Violation can be sentenced to a maximum of 2 (two) years in prison and a maximum fine of Rp. 2 billion.

“In addition to enforcing the law and providing a deterrent effect, the detention of these birds is also intended to protect East Java poultry against bird flu and other diseases,” concluded Musyaffak. 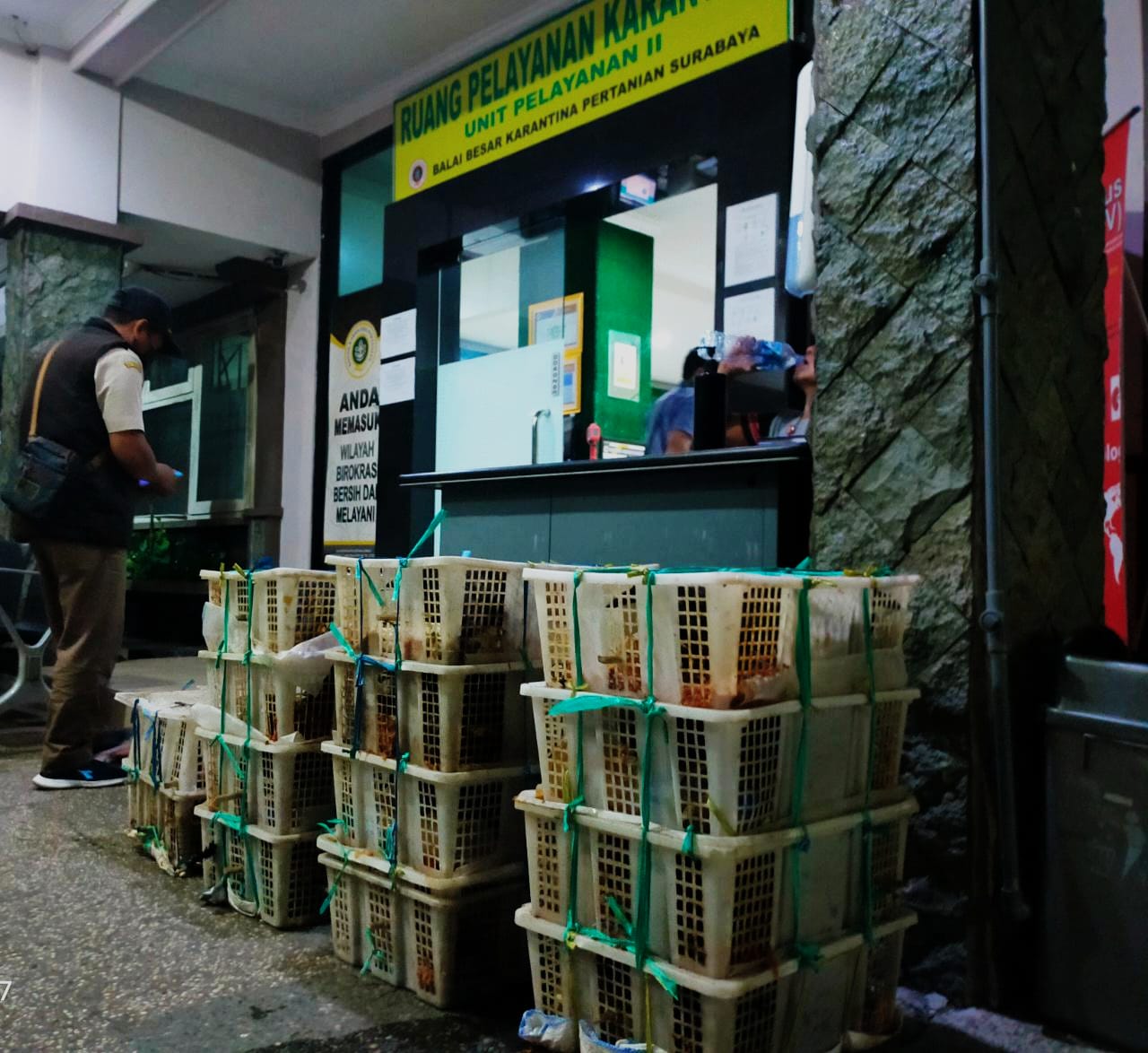 “The Black Smart” is thwarted from entering Surabaya